Rooms made up of literally nothing, wandering light, millions of dots and grains of sand. We present the work of Nikos Papadopoulos, Simon Schubert and Leonidas Giannakopoulos.

What is a trace? A piece of the past, a memory, a shadow from something that once existed. Of something that will eventually disappear - as everything does. Trace is history, and knowledge, perhaps.

It is impossible to translate the Greek word Ιχνογραφία [ichnografia] as such in English. It needs to be explaned with several different words.

This exhibition is an interpretation of three artists’ work through the notion of “ichnografia”. It is almost like a hymn to simplicity, to the gentle touch, the meditative and slow process. And to time and memory, of course.

Ichnos as the imprint of the foot on the ground, the footprint, the trace of something - like the lead of the pencil after gently pressing the nib on the paper.

Ichnos as the small signs or other elements that are left behind after that someone has left, or as the written evidence left after the movements of the earth recorded by a seismograph.

Or ichnos as minimal amount of quantity.

In architecture, ichnography means the drawing of a section with true dimensions, such as the floor plan of a house. In biology, ichnology is the study of fossil footprints - and thus the study of our own history and the evidence of life and its development.

The atmospheric paper works of Simon Schubert are entirely made of paper, without fragments of any other material involved. They are certainly drawings, but without the lines of the ink or the pen, without the act of actually ”drawing” - only solemny made out of positive and negative foldings. Schubert has developed a special method where the imprints of the folded paper create the traces of lines that serve in constructing beautiful interiors of majestic rooms, where we are left only to our imagination for clues to who it could be that walks around from one quiet room to another, leaving their energy behind. The tangible and concrete materials of a room - ceiling, walls and floor - are made up of literally nothing on a fragile and thin material, such as paper. They are made weightless, playing with the illusion of light as the folds transform the flat surface into a three dimensional space. The wandering light in the picture ads yet another aspect as its intangible essence is airy, without trace, flat but with great substance.

Aside from paper, Simon Schubert’s works also include installations and sculptures. With over 15 solo exhibitions in countries like Germany, Belgium and Austria, Schubert has also participated in numerous exhibitions all around the world. He lives and works in Cologne, Germany.

A dot with a pencil next to another dot, next to a million dots – this is how Nikos Papadopoulos’ drawings are assembled. As the past is, by its nature (or at least within our perception of time) what creates the present, Papadopoulos’ drawings depict details of scenes of reality from the Greek neorealistic cinema from the 50s and the 60s, a cultural movement concerned with the conditions of the reality of that time, characterized by the urban city and the lives of the common people. These details from movie scenes are small parts that create a whole - from a particular scene from a specific movie, from an era, from a country that has its own history that has developed into our present reality.

We look for fragments when we try to understand the history of our world. Grain by grain we patch together the traces and create a holistic picture of information. Scetches of animals and daily scenes on rock and soil are the traces old civilizations left behind themselves, and thus the way they communicate with us in the present day - making us aware of the fact that everything, like the sand and the soil which constitute the earth we are living on - are just a lot of small parts that hold together a whole.

With 5 solo exhibitions and participation in group shows in Greece as well as abroad, Nikos Papadaopoulos’ drawings have quickly reached recognition. He lives and works in Athens.

Like botanists that line up their discoveries, obsessed with unraveling new worlds from the natural environment, Giannakopulos’ drawings are a microcosm of their own, created as meticulous embroidery but with small dots and lines of ink - where the artist’s choice of material removes any possibility of erasing mistakes along the way. Metaphysical creatures are arranged in compositions reminiscent of symbolic vanitas, with a constant presence of memento mori and everything’s ephemeral condition. All beauty will eventually die - a scientific truth that we prefer to keep away from our conscious mind as much as possible. Giannakopoulos works with a level of detail in character with early natural science etchings, where the artists of that time categorized our surroundings in an attempt to leave drawings as close to reality as possible for future generations to continue to work upon, learn from, develop and admire.

Leonidas Giannakopoulos was born in Chania, Crete, but lives and works in Athens. In 2012 he had his first solo show, but has for years participated in group exhibitions all over Greece, as well as in Stockholm and Paris. 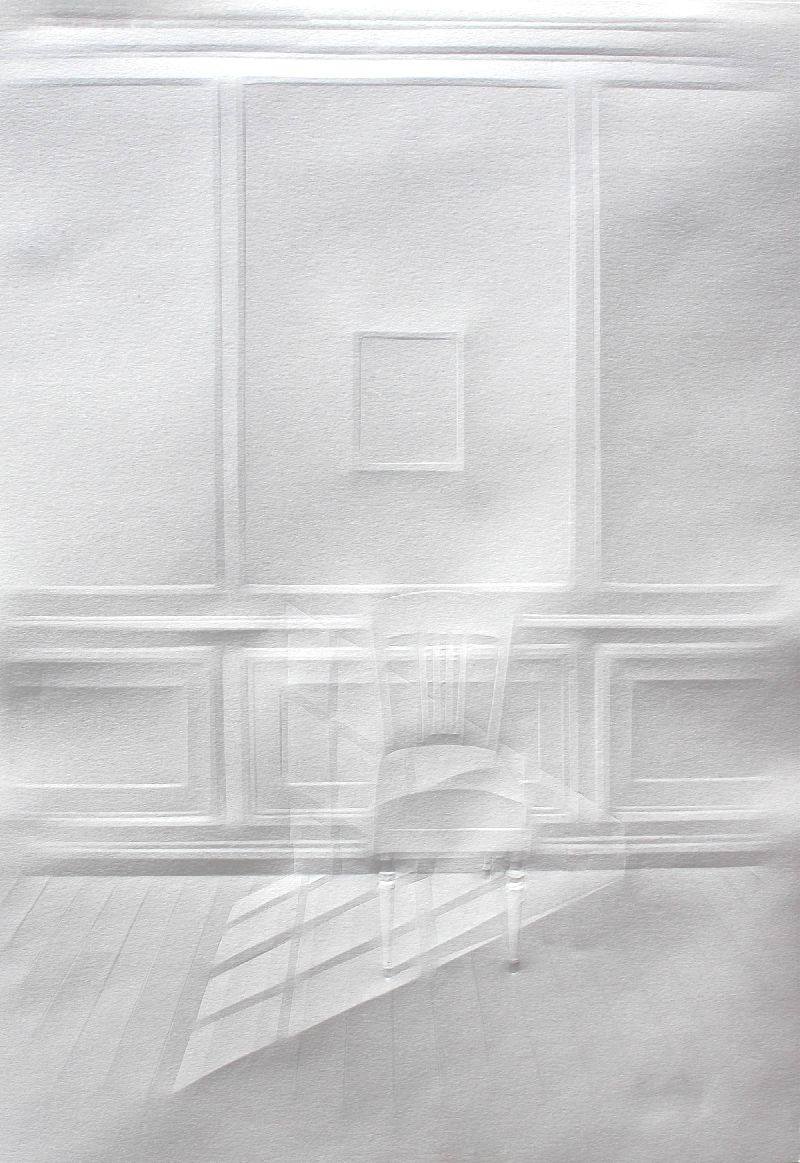 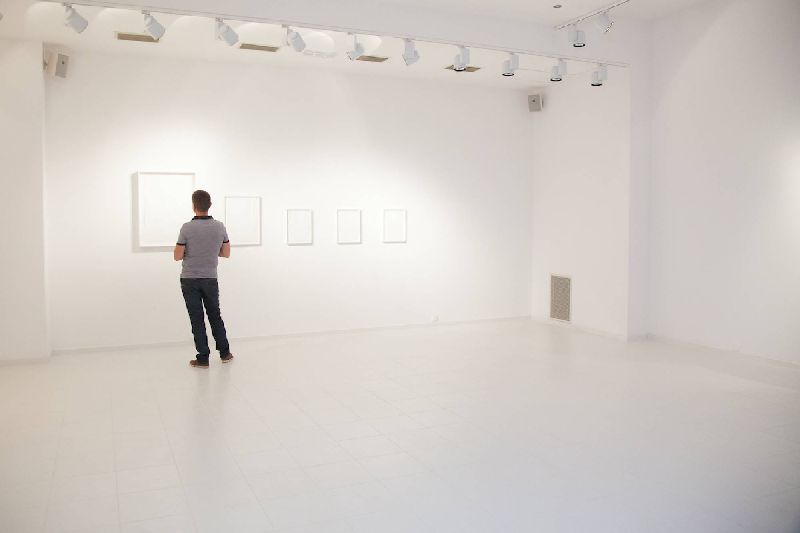 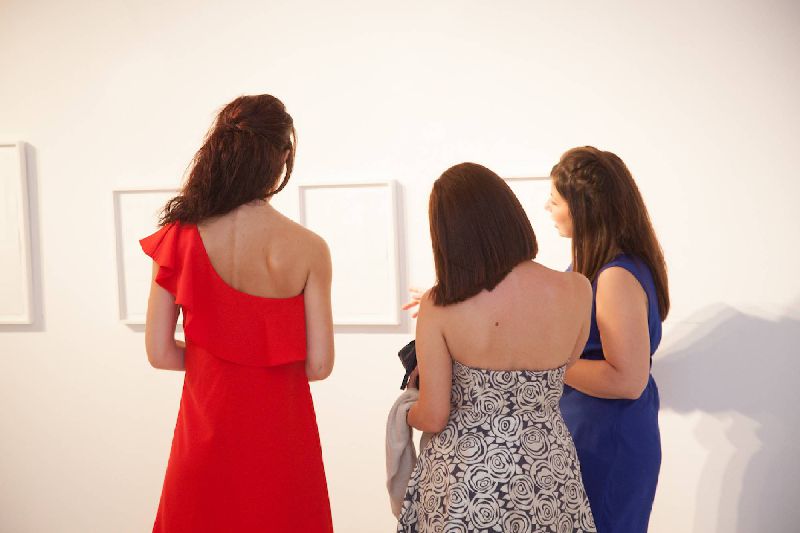 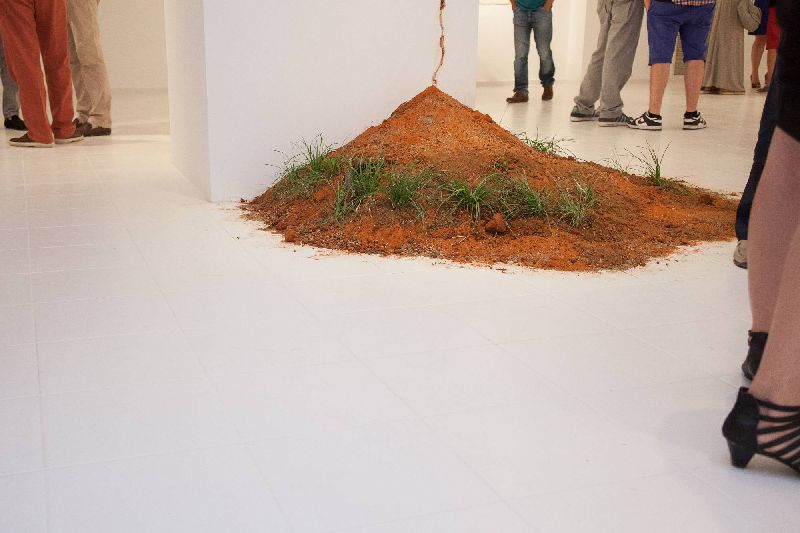 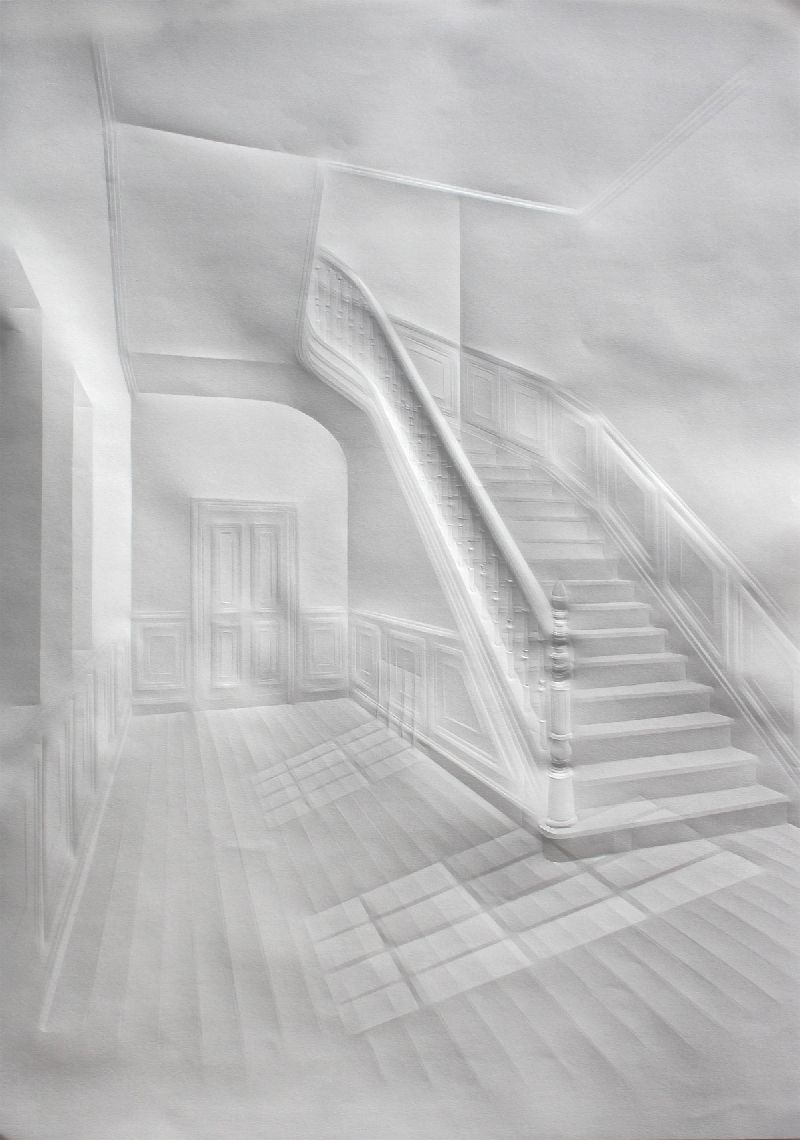 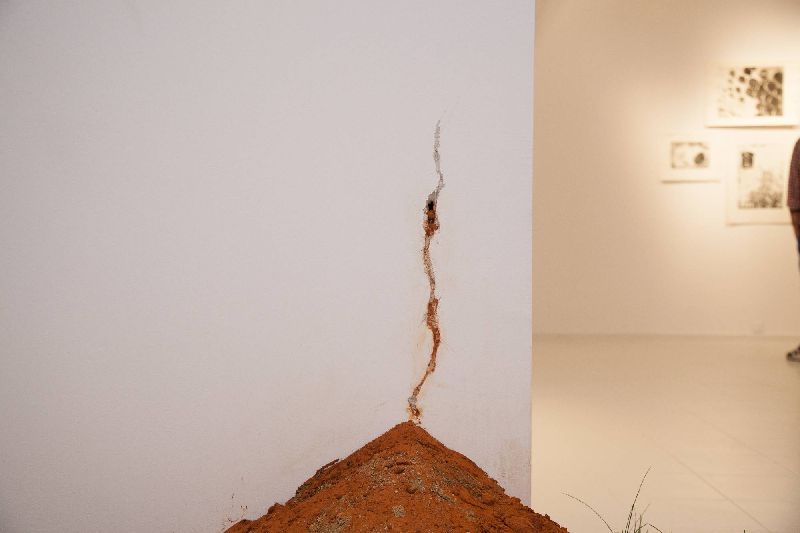 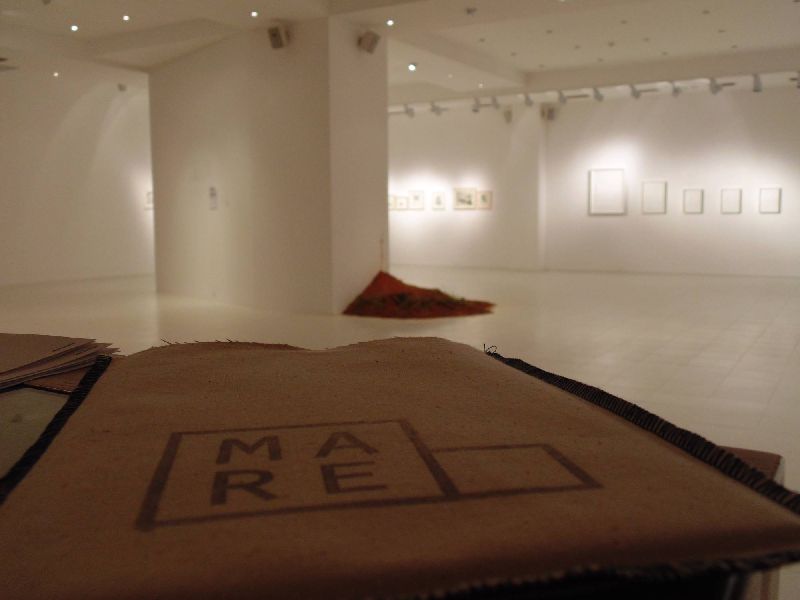 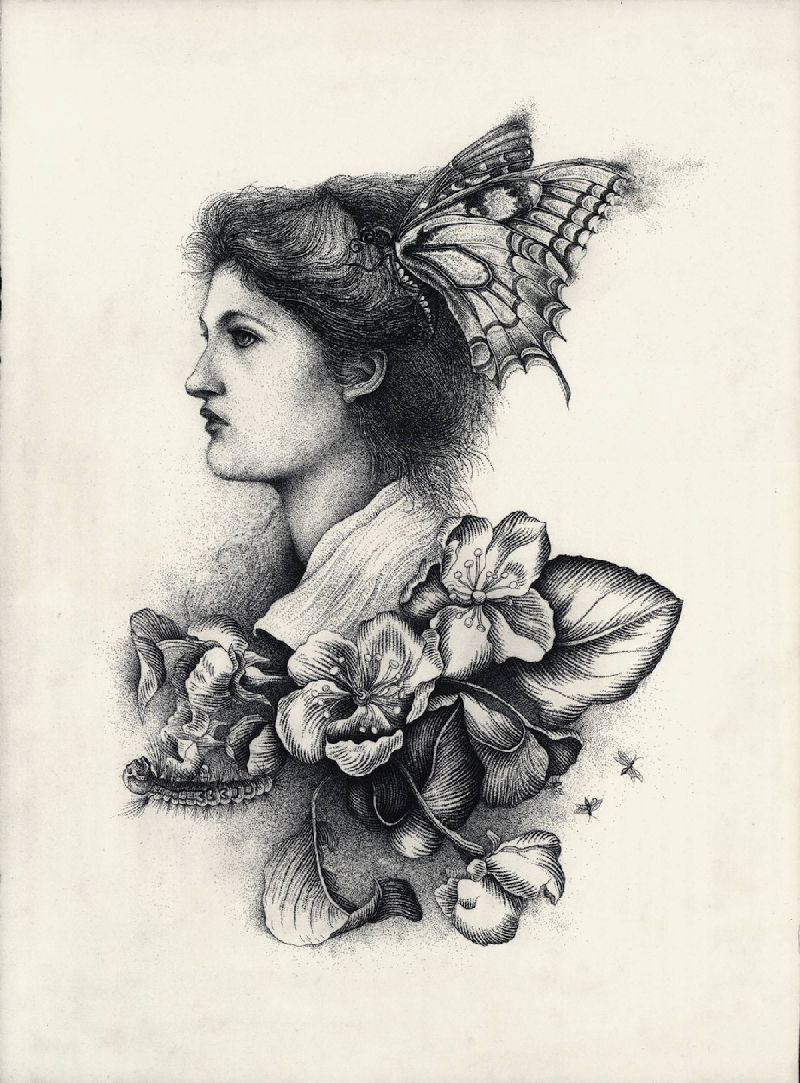 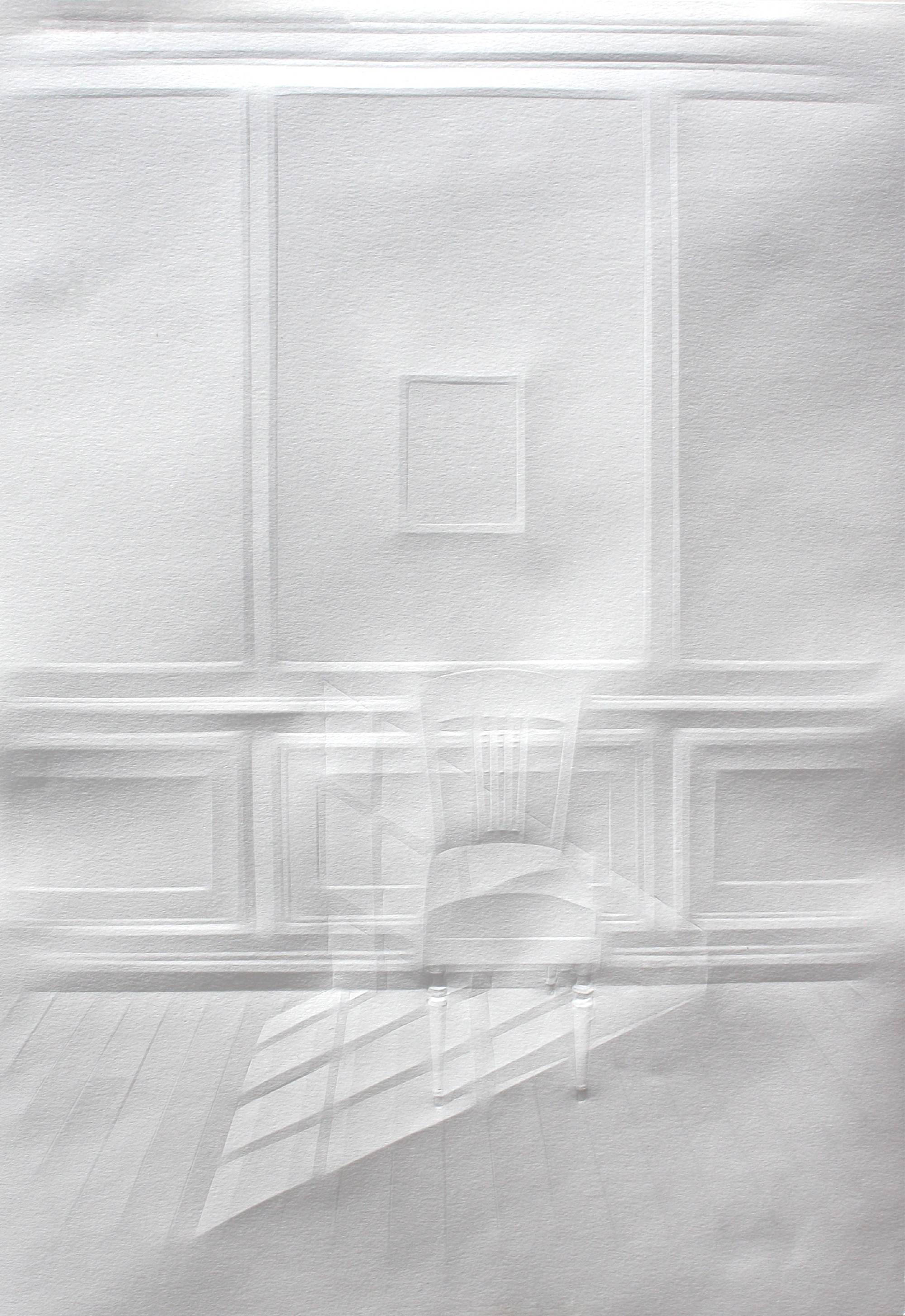 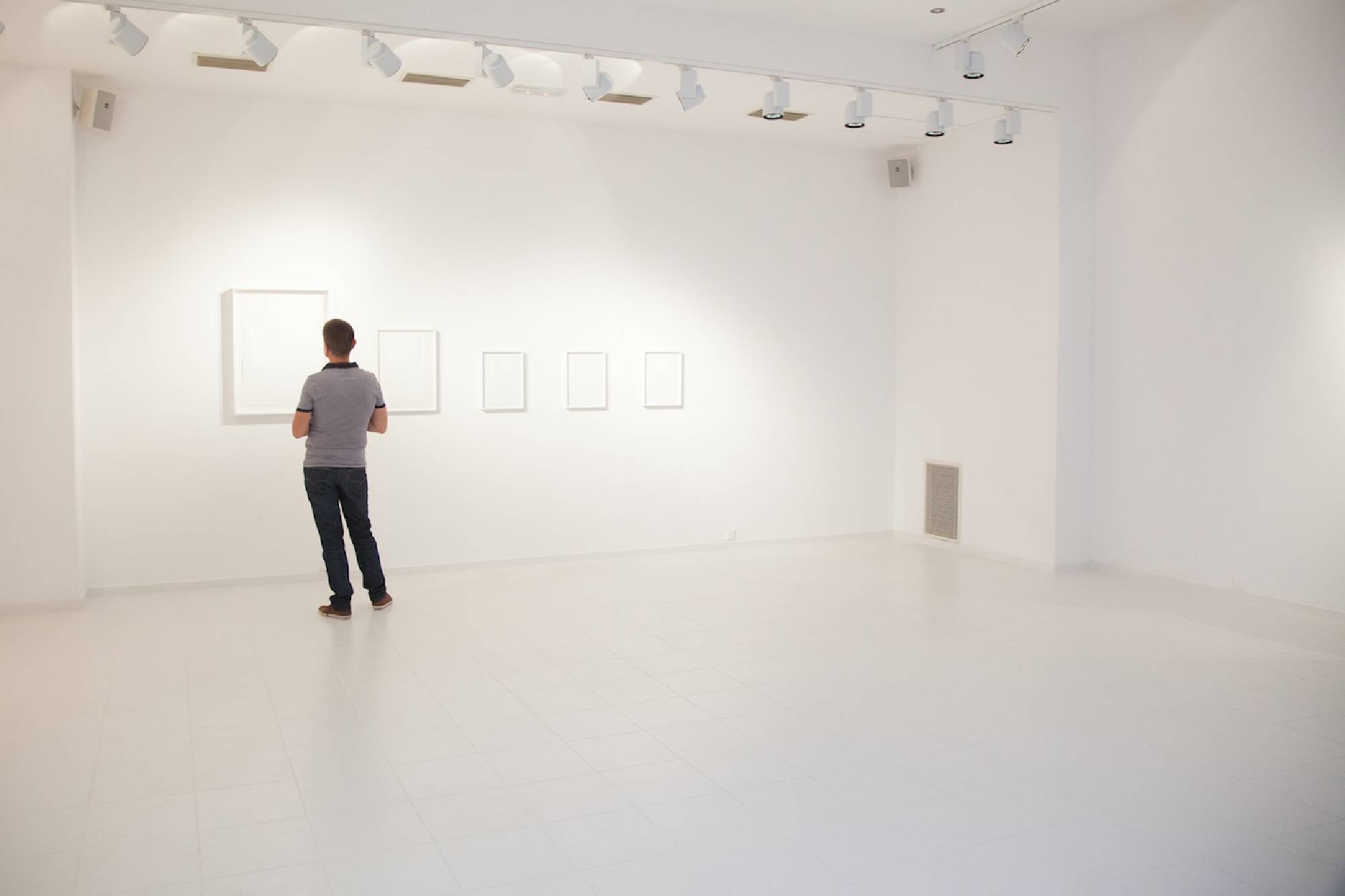 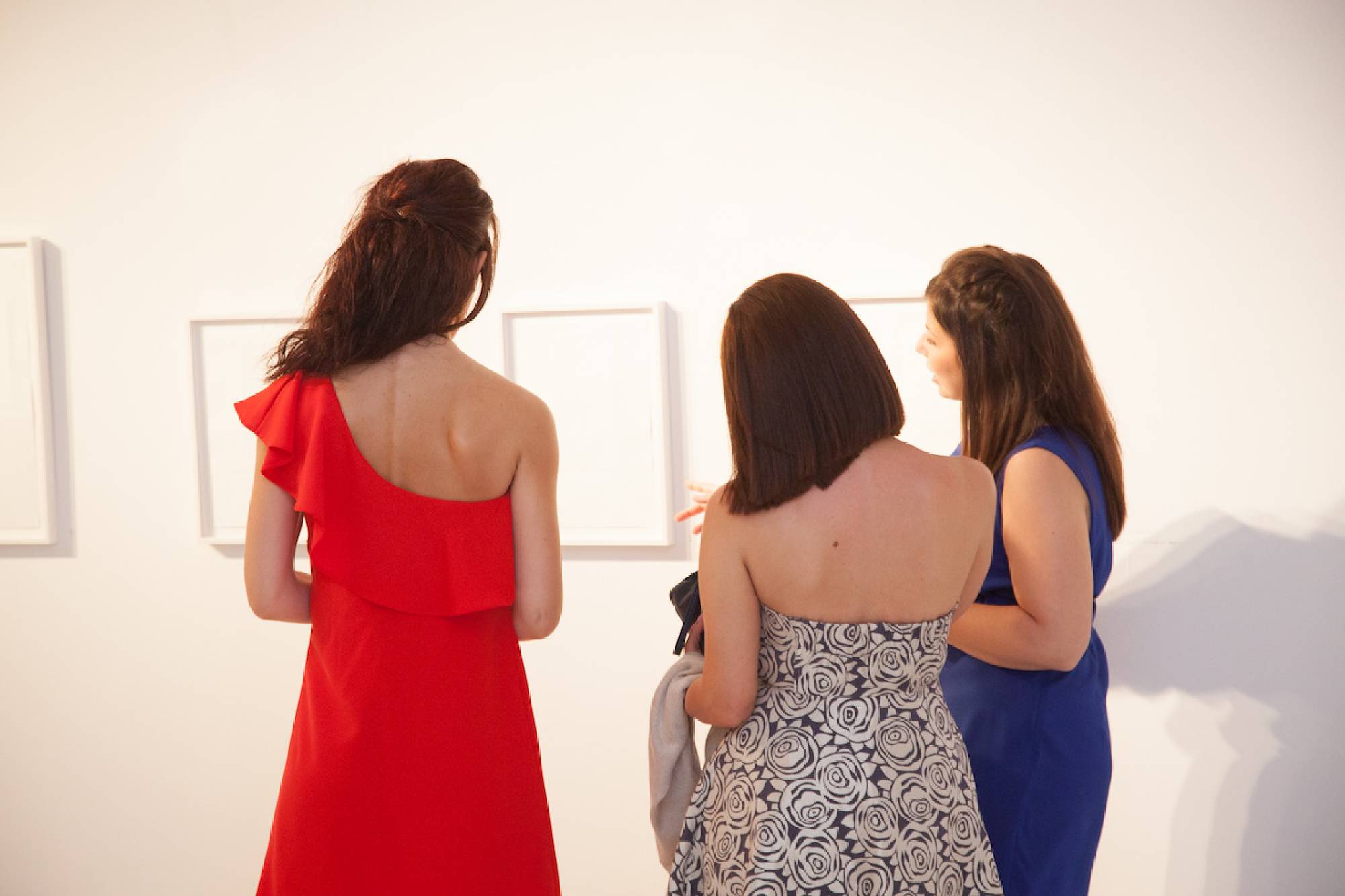 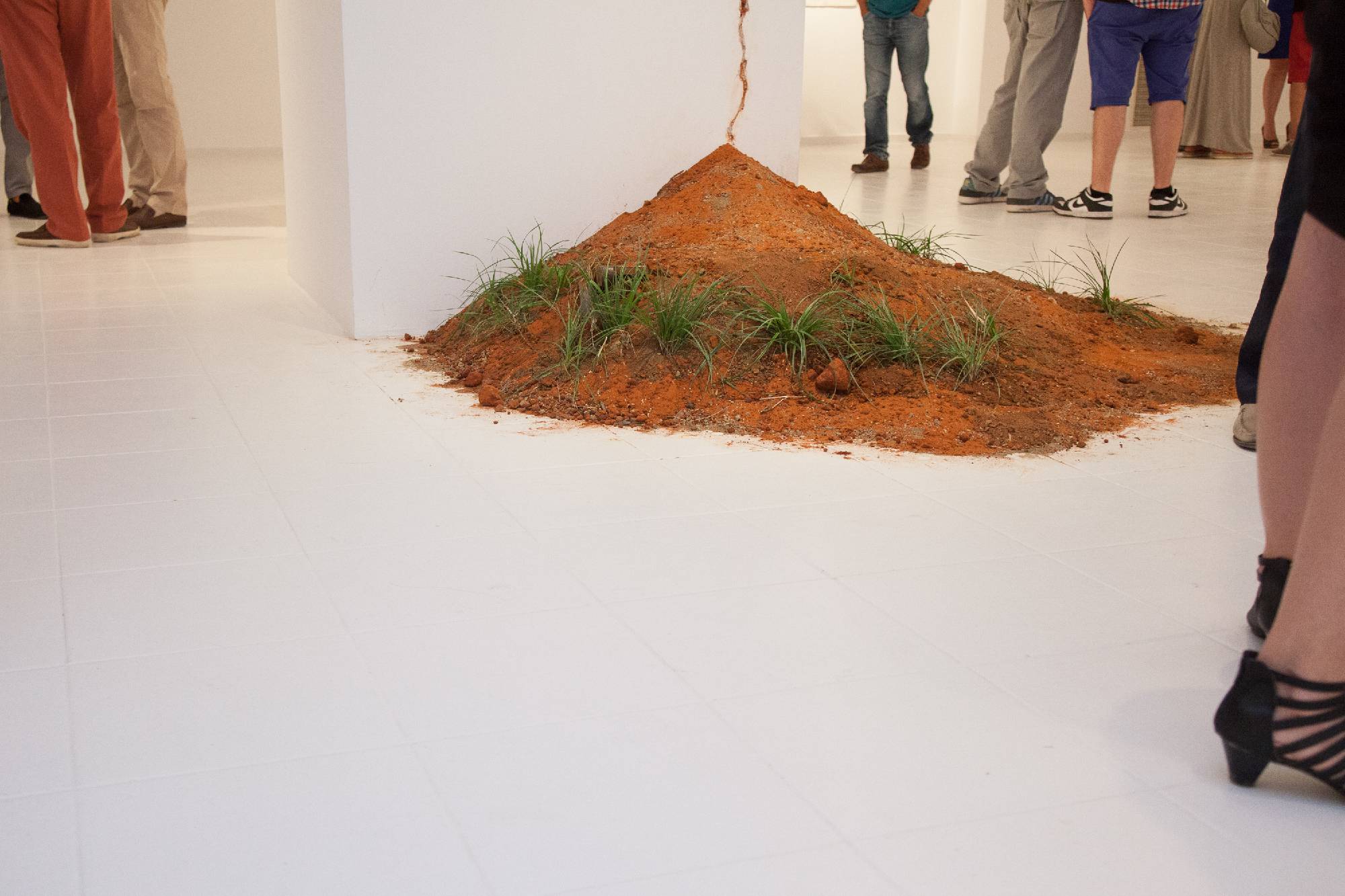 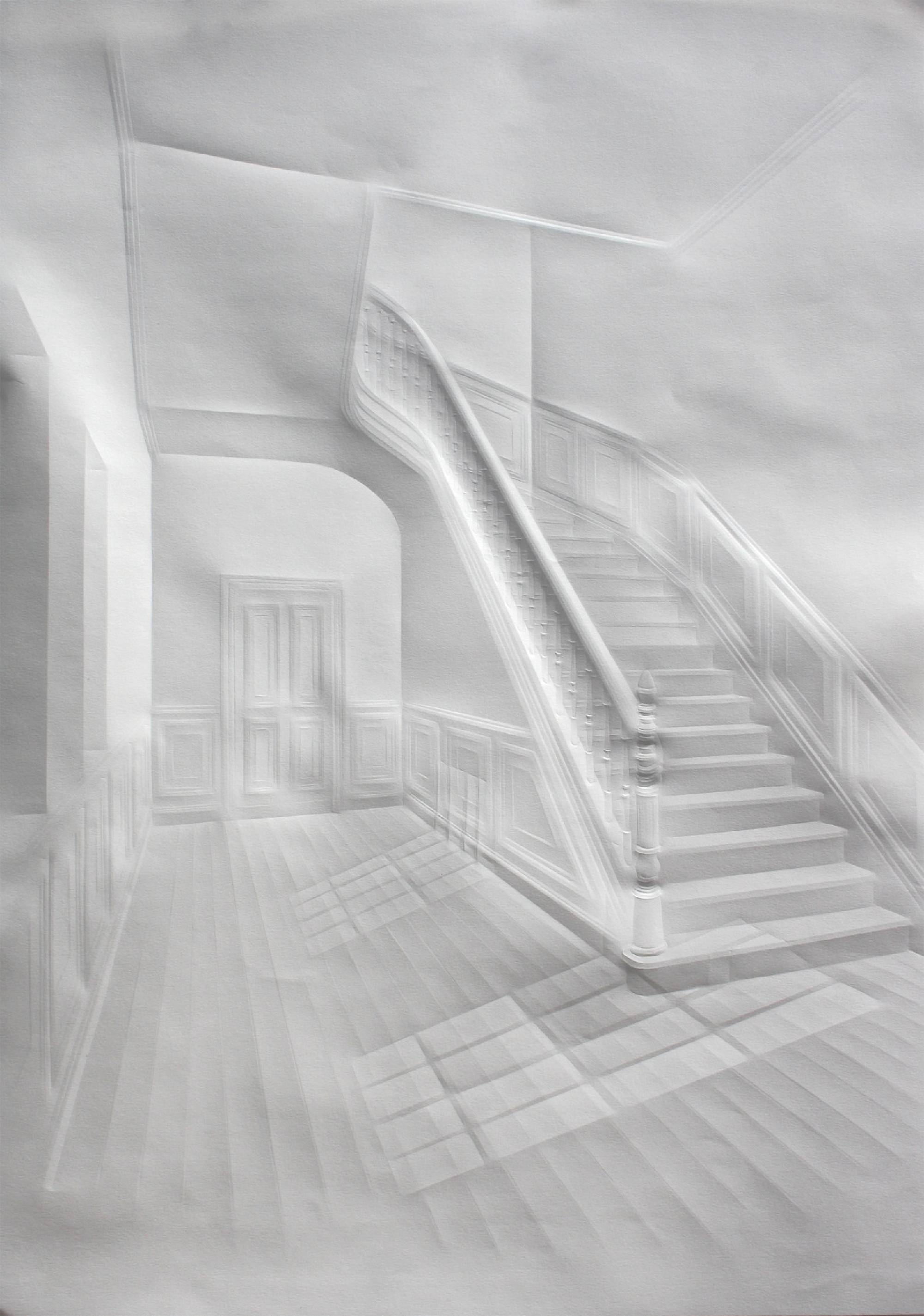 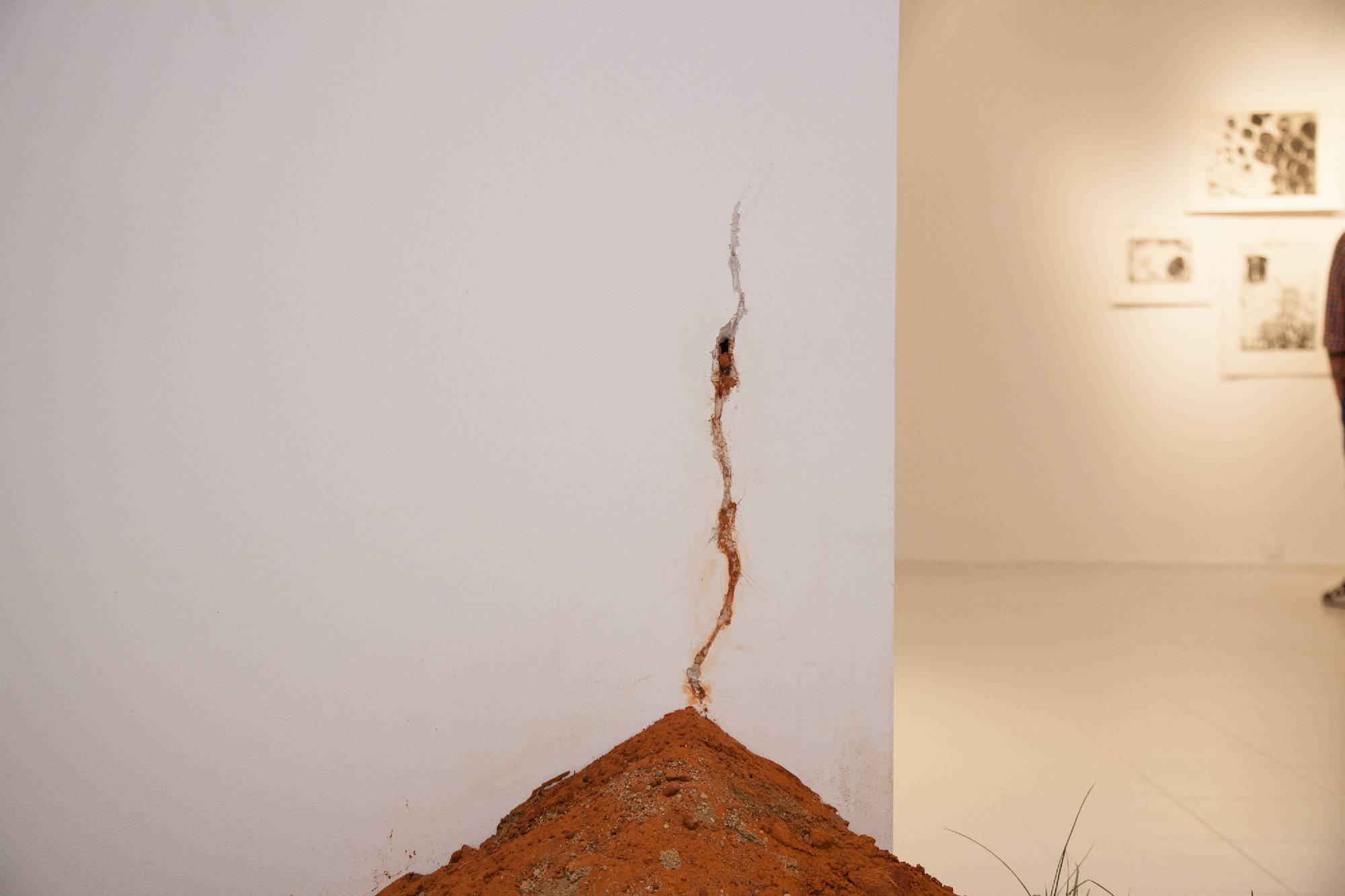 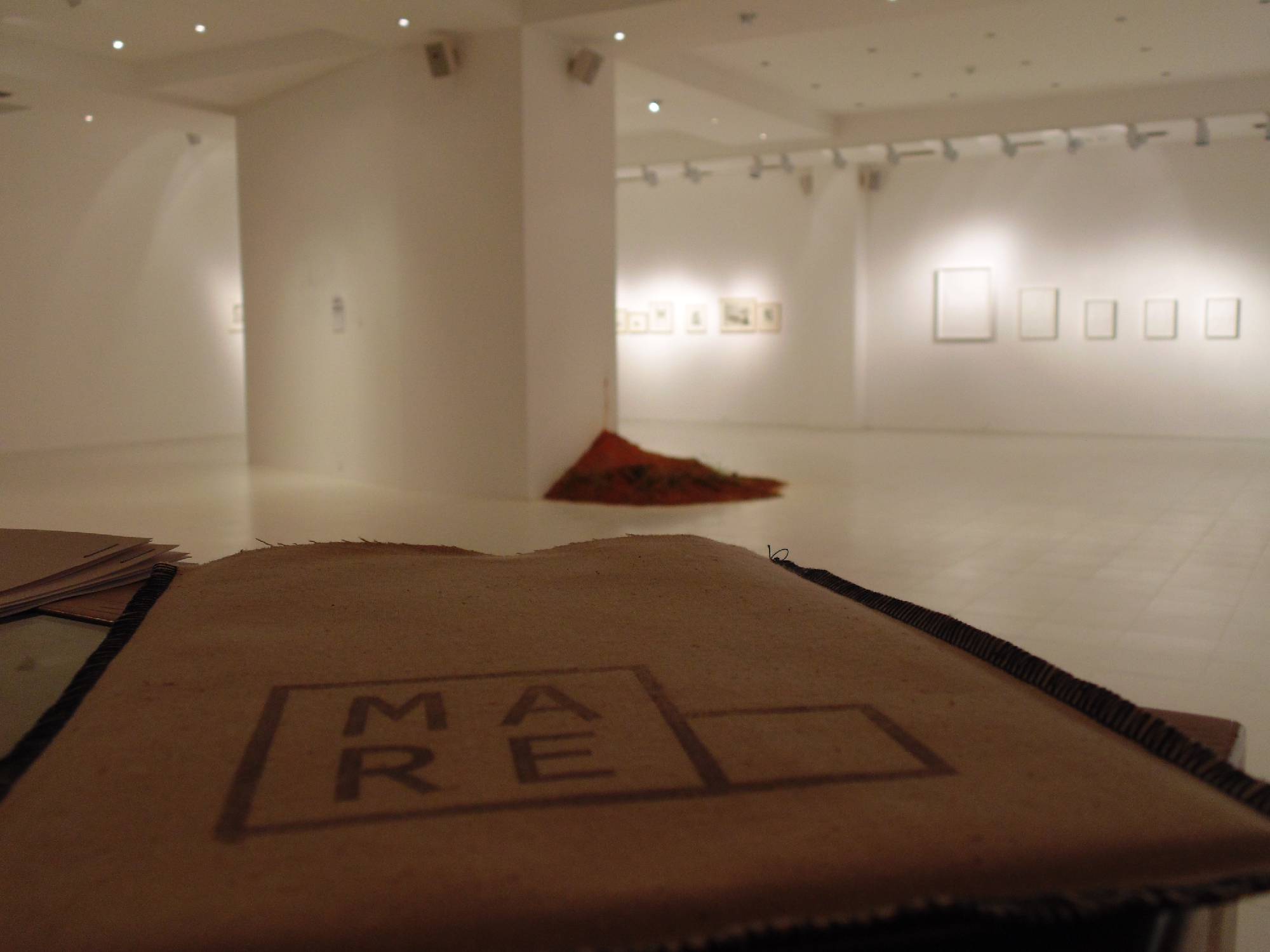 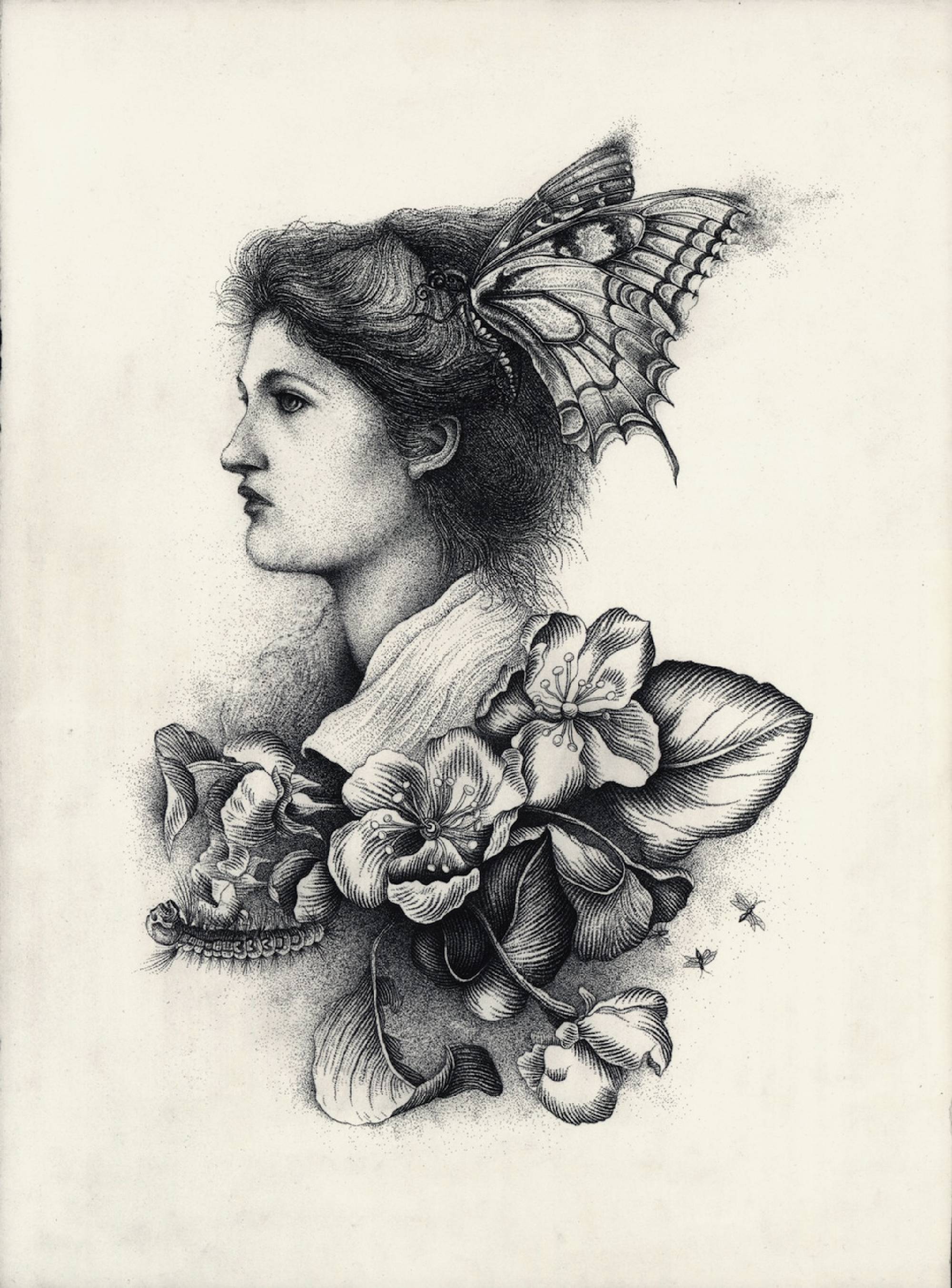 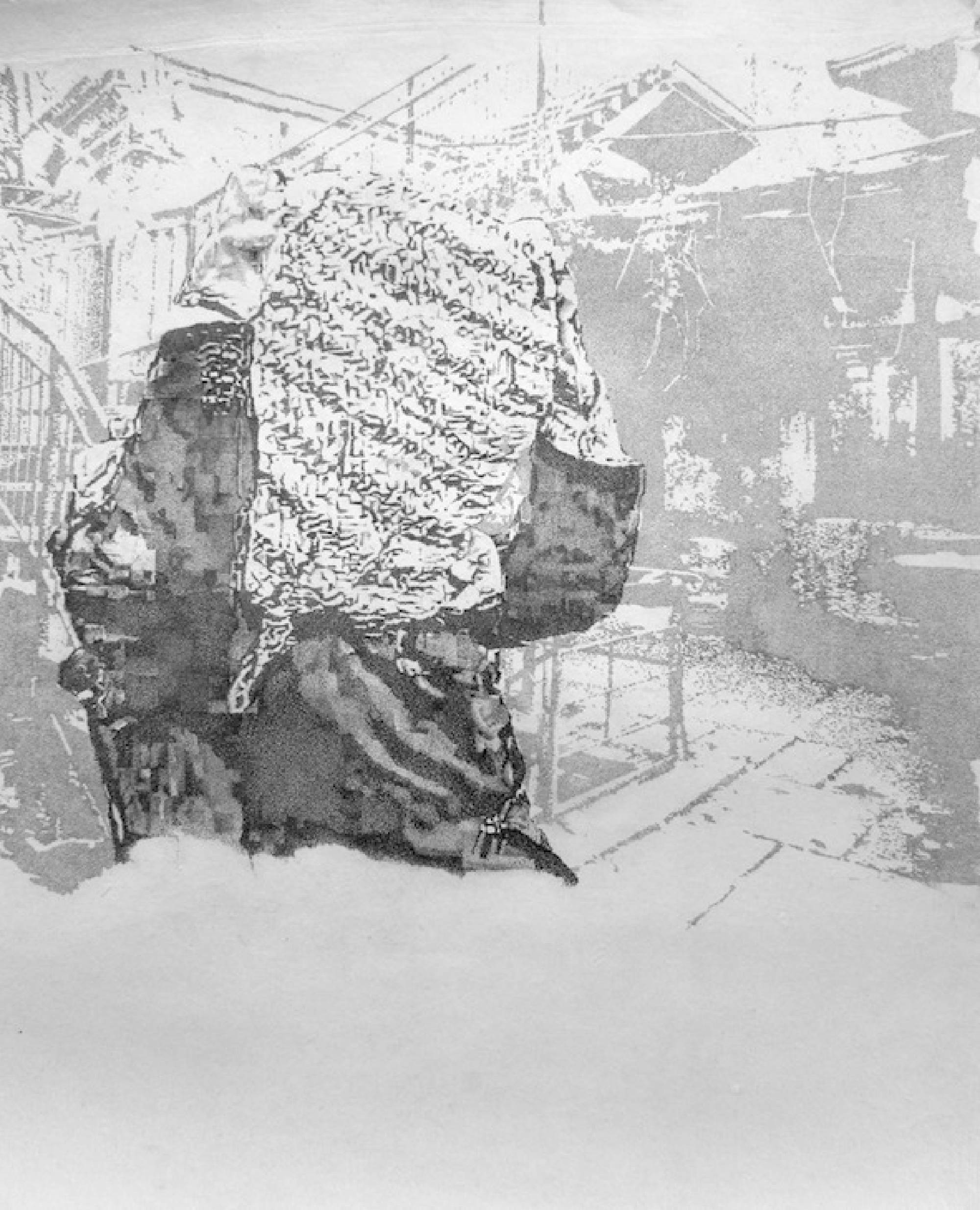